PREVENT WILDFIRES! Be extra careful during these dry conditions.

As we move into summer, the reptiles you are likely to see during the day are gopher snake (also called bull snake), racer, western fence lizard, sagebrush lizard, northern alligator lizard, and pygmy short-horned lizard.

At night and in the cool hours of the day, rattlesnakes become active. They can also be found in cool shady places at any time.

If you are out at night and really lucky, you might see a desert nightsnake, a small secretive snake that is rarely seen. Torsten Watkins, a young naturalist, found one at Saddle Rock which was the first sighting in our area in many years.

The rubber boa is a common snake uncommonly seen. These slow, docile snakes are most often found in forests. Close to water, you might see a valley gartersnake or western terrestrial gartersnake.

To learn more about these fascinating animals visit the Burke Museum’s website. 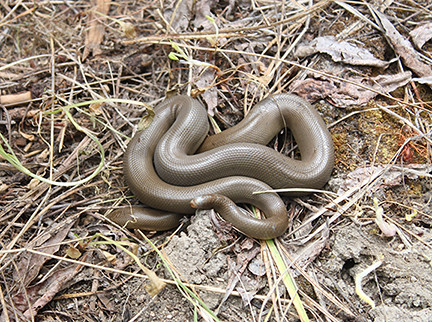