Ballhead waterleaf is somewhat inconspicuous because it usually grows amid thickets or beneath associated shrubs, such as sagebrush, and its dark, blue-purple to lavender, flowers blend in with the shady background. It is unusual because the flowers form a densely congested ball-shaped cluster near the base of the plant instead of at the top. The stamens extend well beyond the sepals and petals giving the flower head the appearance of a round brush. The stems and leaf stalks are soft and fleshy, growing four to sixteen inches tall. The leaves are up to six inches long with one or two deep incisions. There are more leaves near the top of the plant with fewer lower down the stems.

The common name, waterleaf, may refer to the fact that the leaves tend to collect water that is channeled down the stems to the roots.

Native Americans ate the roots by boiling or steaming them. 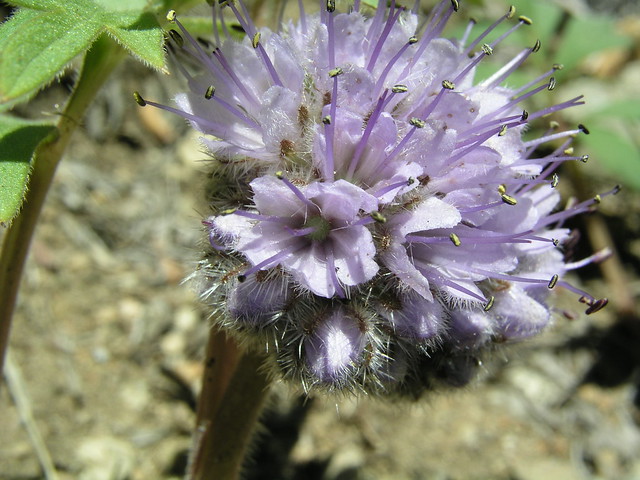