Balsamroot is one of the most prevalent and showy plants in the Sage Hills. The bright, yellow “sunflowers” present a widespread colorful display in the spring. The flowers grow singly on the end of a long leafless stem that is one to two feet tall. The arrowhead-shaped leaves grow as much as twelve inches long, six inches wide, and a covering of fine woolly hair gives them a softer, grayish appearance. The plant gets its name from its balsam-scented taproots. (Balsam refers to a strong-smelling tree resin).

Balsamroot was a significant food source for Native Americans in our region. All parts of the plant were eaten. The long taproot was most important and was dug before the plant began to flower. Leaves, stalks, and seeds were also collected for food. The embryonic leaves and bud stalks (which deer like also) were collected as early spring greens. The seeds were pounded into meal, which was eaten alone or mixed into soup or other dishes.

Native American boys would wrap balsamroot leaves around their ankles and see how far they could walk before ripping the leaves. This prepared them to walk silently and carefully. 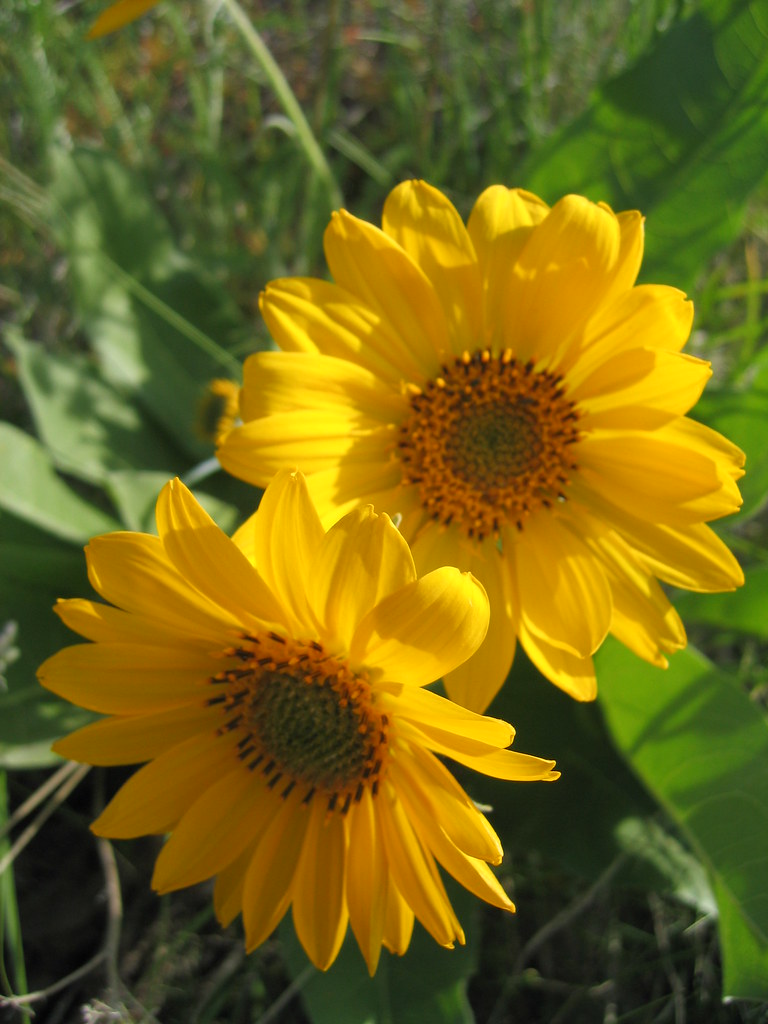